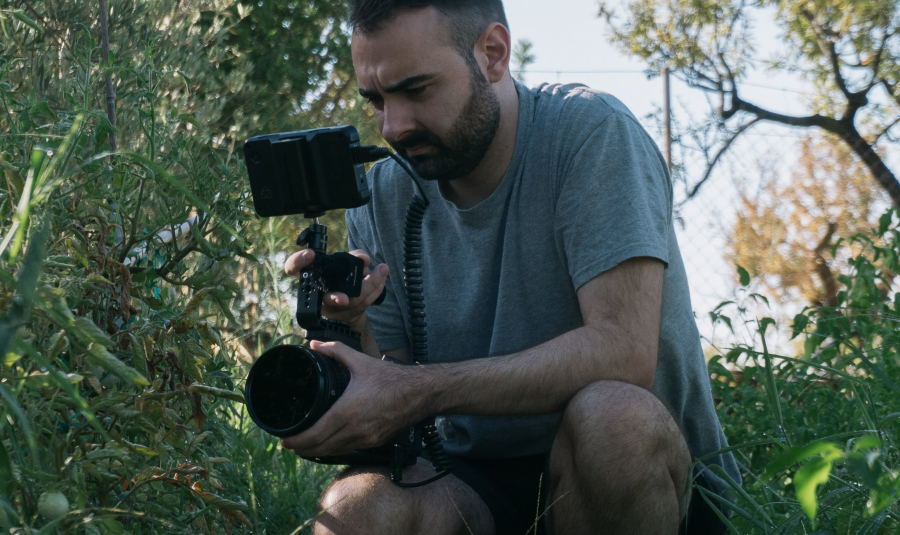 I was born in Sencelles in February 1997. I graduated in Audiovisual Communication in 2020. In 2017, I made my first documentary report starring a boy with severe physical disabilities. This documentary titled “Ángel, el pequeño guerrero”, won the 7th Alberta Giménez Journalism Award for the best audiovisual social report. I have worked as a photography assistant in short films such as “Nada” and “Mamá”, which were selected for the Atlàntida Film Fest 2019.  In the 2020 edition of this same festival, I had the opportunity to participate as a cameraman, and I also took part in the advertising and marketing of the documentary film “Destrucció Creativa d’una Ciutat”, directed by Carles Bover. In the 2021 edition, I launched my debut “Primavera Esvaïda”, a fictional short film about a Majorcan old lady with dementia,told through a cinematic language inspired by Yasujiro Ozu’s creations.

Nowadays, I am a freelance and I work for multiple clients. Depending on the project, I design, direct and shoot videos, ads, reports or even documentaries. I also undertake graphic design projects. In addition, my university colleagues and I have started a production company, Born Films. We work on advertising for companies or private individuals, and on our own projects, such as short films and videoclips.

I am currently working on a new project: “Guaret”, a home movie short film.