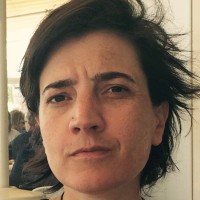 Director of the project “Residencias Walden” and workshop leader.

She is the academic coordinator of DocMontevideo and DocSao Paulo, and has been a member of the Berlinale WCF standing committee since 2010 and is a program consultant for Visions du Réel.

Between 2001 and 2016 he coordinated and programmed the Master in Creation Documentary at the Pompeu Fabra University in Barcelona.