A few stories of Jacques Bidou

A few stories of Jacques Bidou 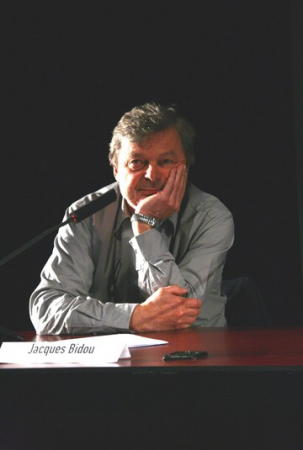 In an increasingly difficult international audiovisual landscape, how to give birth to works, protect authors, be creative and effective intermediaries between creation and the creative economy. Producer.

Jacques Bidou will discuss on new forms of creation and production based first of all on an ethical approach to the profession. A producer is someone who is inspired by a love for cinema, but also by a strong desire to play an active role in her/his society, with the belief that creative documentary filmmaking addresses the others in terms of sharing outlooks and knowledge.

The Calculation and Disclosure

In the Limits of Reality