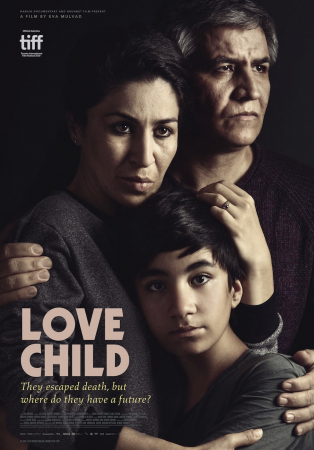 They are blissfully happy together, have a cute little son and are ready for a new start. But there’s a big problem: Leila and Sahand are both still married to other people. And in Iran, there are severe penalties for adultery.

The couple flees to neighboring Turkey to apply for refugee status and escape the perilous situation they face in Tehran. The director Eva Mulvad follows the lovers over six years as they start a new life and laboriously progress through the asylum procedure. We see their fear and uncertainty, although their trust in each other always comes first. Mulvad films their hardest and happiest moments.

Graduated from the National Film School of Denmark in 2001. Director of documentaries for DR TV since 1997. Mulvad got her breakthrough with ‘Enemies of Happiness’ (2006), which won IDFA Amsterdam’s Silver Wolf Award and the World Cinema Jury Prize at Sundance.

She has since directed films such as ‘The Samurai Case’ (2011), ‘The Castle’ (2014) as well as ‘A Modern Man’ (2017), which was nominated for the NORDIC:DOX award at CPH:DOX, and ‘Cherry Tale’ (2019), which also premiered at CPH:DOX. In 2019 Mulvad directed ‘Love Child’, which was selected for Toronto Film Festival. She is the co-owner of the acclaimed production company Danish Documentary Production.