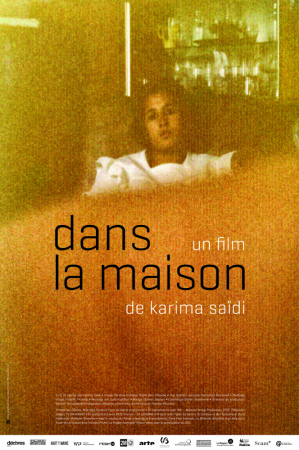 After years of separation, the filmmaker renews her relationship with her mother, Aïcha, who is now suffering from Alzheimer’s. From Brussels to Tangiers, this is an odyssey of a family marked by exile—evoked through discretion and confession, pain, separation, grief, and joy.

Karima Saïdi lives in Belgium, where she was born into a family of Moroccan origin. She holds a degree from INSAS in film editing and script continuity as well as a Master's degree in screenwriting and analysis from ULB. She has worked as an editor for Belgian television (RTBF) since 1997 while also developing a career as a documentary editor and a continuity supervisor for feature films. In 2013, she created "Murmurs et 10 voix", a series of sound portraits of Moroccan immigrants in Brussels. In 2016, she directed a short documentary, "Aïcha", an evocation of her mother's death, a prelude to "A Way Home", her first feature-length documentary. She is a lecturer in the film departments of INSAS in Brussels and ESAV in Marrakech.

A Way Home has impressed me with its ability to offer an emotionally powerful portrait of the director’s mother, while at the same time constructing a refined essay on memory. Karima Saïdi, through rigorous editing, manages to question the memory in ruins of her mother with Alzheimer’s disease, using fragments of images and sounds as cinematographic symptoms of a story that is disintegrating and that the director wants to interrogate. Through the story of both Aicha and her own, the director reflects on the family’s past that is part of the history of the last century: the migrations from North Africa to Europe after decolonization, the contradictions experienced between the culture of origin and that of the country of adoption, changes in the conditions of women. Karima Saïdi confronts her mother in moments that are tense yet also of enormous tenderness, honestly exploring the complexity of this relationship, the conflicts that the two women go through and the emotional ties that unite them. Filmed at the end of Aicha’s life, A Way Home is a gesture of love: the attempt to approach and understand her mother through cinema, the need to face wounds without healing, the search for reconciliation in spite of the distances and the disease.