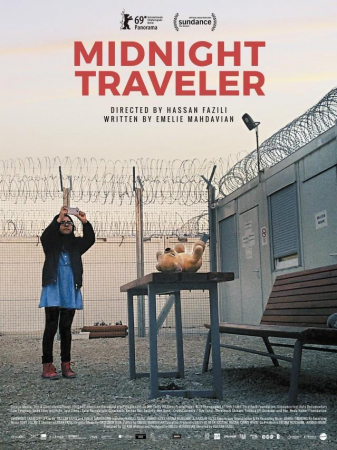 In 2015, Afghan director Hassan Fazili and his wife Fatima Hussaini received death threats from the Taliban. Together with their two daughters, Nargis and Zahra, they were forced to flee their homeland to Europe to protect themselves from a possible attack. The trip, that would last several years, was filmed by the family, which would help them overcome the most difficult moments they experienced in the various refugee camps where they had to stay during some stages of their journey. Despite the problems, the parents never lost their sense of humanity. The result of their suffering is embodied in a documentary that serves as a reflection not only of terrorism, but also of the family ties that bind families who have been forced to leave their homes in fear and terror.

Hassan Fazili has developed theater plays, documentaries, short films, and several popular television series in Afghanistan. In 2011, he was selected by the British Council to attend the Sheffield/ DocFest for documentary filmmaking networking and training. His films Mr. Fazili’s Wife and Life Again! both push the envelope on issues of women’s, children’s and disability rights in Afghanistan, and have won awards at numerous international festivals. He also worked as a Location Manager on Feo Aladag’s In Between Worlds, which premiered at the 2014 Berlinale, and as a Camera Operator on the IDFA-selected-film Voice of a Nation: My Journey Through Afghanistan. His documentary Peace in Afghanistan, which was made for national television, profiled Taliban commander Mullah Tur Jan, who laid down arms in favor of a peaceful civilian life.