MEET THE PROGRAMMERS OF THE 3RD EDITION OF MAJORDOCS

We present the four professionals who will be in charge of choosing the official selection of the 3rd edition of MajorDocs.

Andrea Guzman is a cultural manager and film programmer. Of Chilean origin, she was born in Madrid and grew up in Cuba. An audiovisual professional since 1993, in 2006 she founded Docma, the Documentary Film Association in Spain where she directs and coordinates multiple seminars and screenings with international figures. In 2012 she created 3XDOC / Encuentro de Creador@s, which she continues to direct today. She has been co-artistic director of Documenta Madrid,  where she created the Professional Film Forum Corte Final. Currently, she collaborates as a consultant in film funds and curator at festivals, as well as in project evaluation and selection committees. She often participates as a juror in film festivals. She has created el mar films, her own cultural management, event organization and consulting firm. She also teaches promotion, distribution and festival strategy in some film schools and programs.. 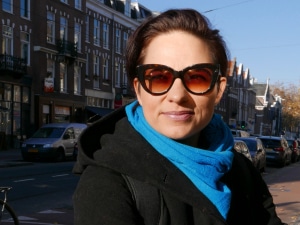 María Campaña Ramia is associate programmer of the Festival Internacional de Cine Documental de Ámsterdam IDFA. For ten years she was artistic director of the EDOC International Documentary Film Festival (Ecuador), with which she has collaborated regularly since 2004. She was part of the programming team of the Ambulante Documentary Tour (México) between 2016 and 2020.  She was a fellow of the Flaherty Seminar. She co-edited the book “El Otro Cine – Eduardo Coutinho” (2012) and directed the short film “Derivadas” (2015). Maria has participated in the curatorship of shows and exhibitions in Ecuador, Brazil, Colombia and the United States. She writes about film in international publications and collaborates with funds and institutions in the evaluation of projects..

Miquel Martí Freixas is a programmer, teacher and film critic. Specializing in non-fiction and contemporary cinema, his practice focuses on the construction of audiences and the creation of cultural events that connect with citizens. He has been a programmer in a variety of cultural spaces such as the festival festival La Inesperada, DocumentaMadrid or États Généraux du Documentaire Lussas, among others. He is part of the team that creates Zumzeig Cinecooperativa to reopen the Zumzeig cinema in Barcelona in 2016-2017, awarded with the Premi Ciutat de Barcelona 2018. Guest lecturer at ESCAC since 2009 in the branch of documentary film studies, he is also guest lecturer at different universities.  As a critic, he creates the online magazine Blogs&Docs (2006 – 2013) with a first publication in Spain dedicated to the analysis of documentary film. He is also a jury member at Kinodot Sant Petersburgo (2019), Festival de Málaga (2014), RIDM Montréal (2011), Play-Doc Tui, (2009), among others. 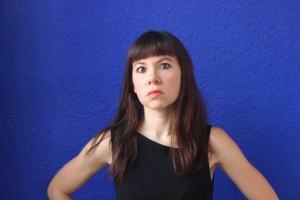 Margot Mecca is a post-doctoral researcher at the Universitat Pompeu Fabra in Barcelona and an executive producer trained in the EuroDoc program, working with different companies leading executive production and consulting on documentary and fiction projects. Her first production, Mother Lode (dir. Matteo Tortone), premieres at the 2021 edition of SIC, during the Venice Film Festival. Since 2011 she has been collaborating with the Festival dei Popoli (Florencia). Since 2018 she is coordinator of the Doc at Doc at Work Future Campus and since 2020 she is a member of the selection committee.

MajorDocs presents the programme of its new edition

Isaki Lacuesta danced ‘On the Limits of Reality’.

The “emotional crushes” of the “reality” of cinema