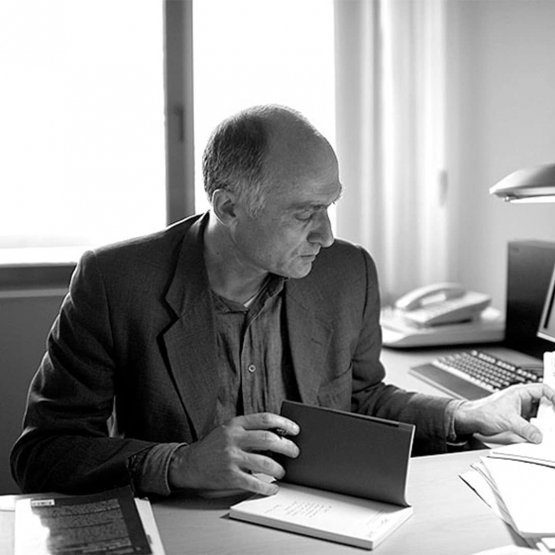 In the philosophical proposal that Esquirol has been developing, the concept of poetics occupies a very special place, which is not only linked to the arts but to everything that contributes to generating and creating justice, beauty and warmth. This exhibition will explain in what sense the escalation of the human and the world are the most inspiring horizons of all creative activity.

* Session in Spanish with simultaneous translation into English.

Josep Maria Esquirol is a philosopher, essayist and scholar at the University of Barcelona. His work focuses on contemporary philosophy and its relationship with psychiatry. Esquirol has published a dozen books, including The Intimate Resistance (2015), that centres around a philosophical theory he developed, the “philosophy of proximity”. The Intimate Resistance won the City of Barcelona Award and the Spanish National Essay Prize. He also wrote The Penultimate Good (2018); and the latest Human, More Than Human. An anthropology of the infinite wound (2021). All these works were published in Italian, Portuguese, English and German, besides Catalan and Spanish.