The Body, the Camera and the Matter 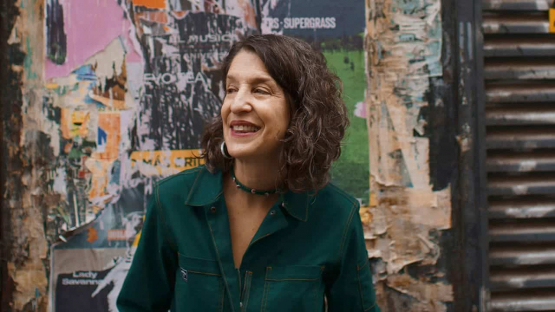 Lynne Sachs will explore the intricate relationship between personal observations and broader historical experiences. Using examples from the essay films, experimental documentaries, and performances she has produced over the last three decades, she will guide her workshop participants on a journey investigating the connection between the body, the camera, and the materiality of film itself.

Lynne Sachs (Memphis, Tennessee, 1961) is a filmmaker and poet living in Brooklyn, New York. Her work explores the intricate relationship between personal observations and broader historical experiences by weaving together text, collage, painting, politics and layered sound design. Strongly committed to a feminist dialogue between cinematic theory and practice, she searches for a rigorous play between image and sound, pushing the visual and aural textures in her work with every new project. Her moving image work ranges from short experimental films, to essay films to hybrid live performances. Lynne has made 37 films, including features and shorts, which have screened, won awards or been included in retrospectives at New York Film Festival, Museum of Modern Art, Sundance, Oberhausen, Viennale, Sheffield Doc/Fest, BAFICI, RIDM Montréal, Vancouver Film Festival, Doclisboa, Havana IFF, and China Women’s Film Festival. In 2014, she received the Guggenheim Fellowship in the Creative Arts.