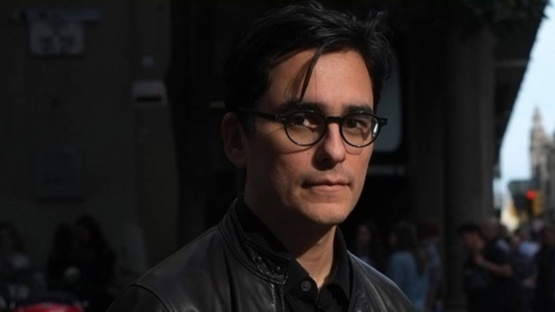 Memory boxes or multimedia files stored on my external hard disk was the trigger for a trilogy about my memory through the digitised images of my own video tapes (renouncing the analogue) and the assumption of a non-physical, nostalgic and ghostly material. From this experience emerged my three most personal films, because they are self-referential: Color Runaway Dog (2009-2011), Dress Rehearsal for Utopia (2012) and First Symptoms (2015). I will explain the causes and the decisions I made during the editing process that reaffirmed my desire for aesthetic freedom and personal writing.

* Session in Spanish with simultaneous translation into English.

Andrés Duque is a Spanish filmmaker born in Venezuela. His work is situated on the periphery of Spanish non-fiction with a strong essayistic character. His first film Ivan Z is a portrait of cult filmmaker Iván Zulueta. His works –Iván Z (2004), Color Runaway Dog (2011), Dress Rehearsal for Utopia (2012), Oleg and Strange Arts (2016), among others- have won numerous awards and recognition at film festivals around the world (Punto de Vista, Cinéma du Réel, Dokufest, D’A, Unicorn Awards, Goya Awards) and have been exhibited in cultural centres such as the Museo Nacional Centro de Arte Reina Sofía (MNCARS), Museum of Contemporary Art in Barcelona (MACBA), Museum of Modern Art in Vienna (MUMOK), Museum of Contemporary Art in Moscow (GARAGE) and the Hermitage Museum in St. Petersburg, among others.