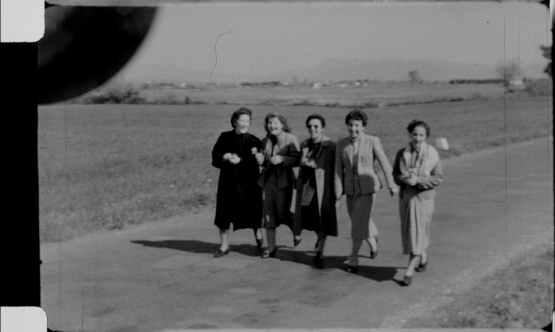 Karianne Fiorini is an independent home movie archivist, curator, and archives’ consultant. She is among the founders of the Re-framing Home Movies – Associazione nazionale per la salvaguardia e la valorizzazione dei film di famiglia e delle memorie audiovisive private, of which she is the President. Since 2016 she has been the co-curator of the networking educational, training and production project on how to reuse home movie collections in new works of art called “Re-framing home movies – Residencies in archives”. She was among the founders of the first Italian Home Movie Archive, where she was manager of Film Collections and Cataloguing for twelve years (2003-2015). She has published numerous articles and essays on reviews and collective books on the subject of home movies and amateur films.

Gianmarco Torri is a film curator. His main interests are documentary and experimental cinema, home movies and amateur films – and their intersections. He is co-curator of the program Re-framing home movies, and is co-founder and General Secretary of the Italian association with the same name. In 2021 for the Mostra Internazionale del Nuovo Cinema he edited the ebook Open Access Cinema – Re-thinking Film Curatorship in the Digital Space. He has curated and co-curated film programmes and workshops for film festivals and institutions in Italy and abroad and published articles and essays on festival catalogues, reviews and collective volumes on many diverse subjects such as Italian independent documentary film, Direct Cinema, Super8 cinema, home movies and their creative reuse. He is a member of INEDITS / Amateur Films – Memory of Europe, where he is also General Secretary.