Screenings + interview with the directors

Screenings + interview with the directors 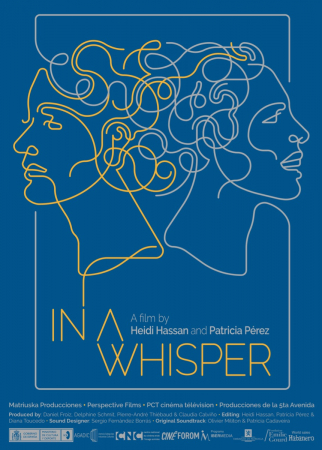 Childhood friends Patricia and Heidi grew up in Cuba, where they both attended the Film Academy. Independently of each other, they fled the malaise and communist censorship of their homeland. Heidi ended up in Switzerland, Patricia in Spain. They had no contact for years. Now both 40, they seek a way to approach each other again.

In their video letters, the two migrants recount all the roundabout routes they have taken in their lives: Patricia’s years selling mojitos, Heidi’s search for work and connection with society in Geneva, and the struggle with alienation and nostalgia for a country that no longer exists. The result of the letters is a sensitive, two-sided account of uprootedness, motherhood, love of film, friendship and freedom.

(Cuba, 1978) After getting a degree in Cinematography from the International Film School of San Antonio de los Baños in 2002, she emigrated to Switzerland where she continued her professional training at the Haute Ecole d’Art et Design in Geneva (HEAD). She reconciles her personal work as a filmmaker and visual artist with numerous collaborations as a director of photography. IN A WHISPER, her second full-length documentary, premiered at IDFA where it won the top award (Best Feature-Length Documentary).

(Cuba, 1978) Graduated in Film Directing at the International Film School of San Antonio de los Baños in 2002. In 2003 she got a scholarship at the Film School of Catalonia (ESCAC) and migrated to Spain. Since then, she has made several fiction short films and documentaries. IN A WHISPER is her debut as a full-length documentary director.