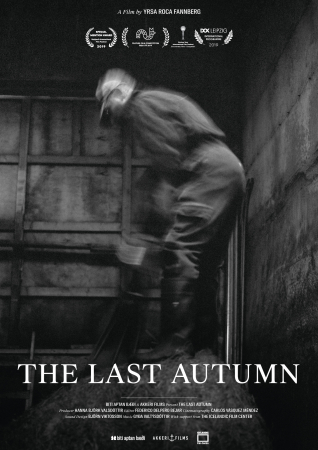 According to legend, “at the beginning of the world once again there was neither sand nor sea, neither soothing waves nor billowing meadows, neither playful winds nor sky, only a gaping abyss.” The nothingness receded, and there at the edge of the world Iceland emerged. A man and a woman traveled with their livestock to take up residence on the island’s farthest cape – beyond which there is only the inhospitable Arctic Ocean. It is autumn, and Úlfar and his wife are once again visited by their grandchildren, who help them drive the sheep from the hills down to the farm. But this year will be the last time. An almost tangible cinematic fabric that weaves a tale of an abandoned place where the mist clings to the steel-blue surface of the sea and where the occasional human visitor is sometimes welcome.

Yrsa Roca Fannberg was born in Iceland, brought up in Sweden with Catalan heritage. She holds a BA in Fine Art from Chelsea College of Art, London (2000) and a Master in Creative documentary from Pompeu Fabra, Barcelona (2009).